Barça reached this Thursday "an agreement in principle" with the Greek-American base Nick Calathes (Panathinaikos) for the next three seasons, as reported by the...
More
GOSSIP
More
Home Sport 1. FC Heidenheim in the relegation: Demolished in the biggest games in...
Facebook
Twitter
Pinterest
WhatsApp 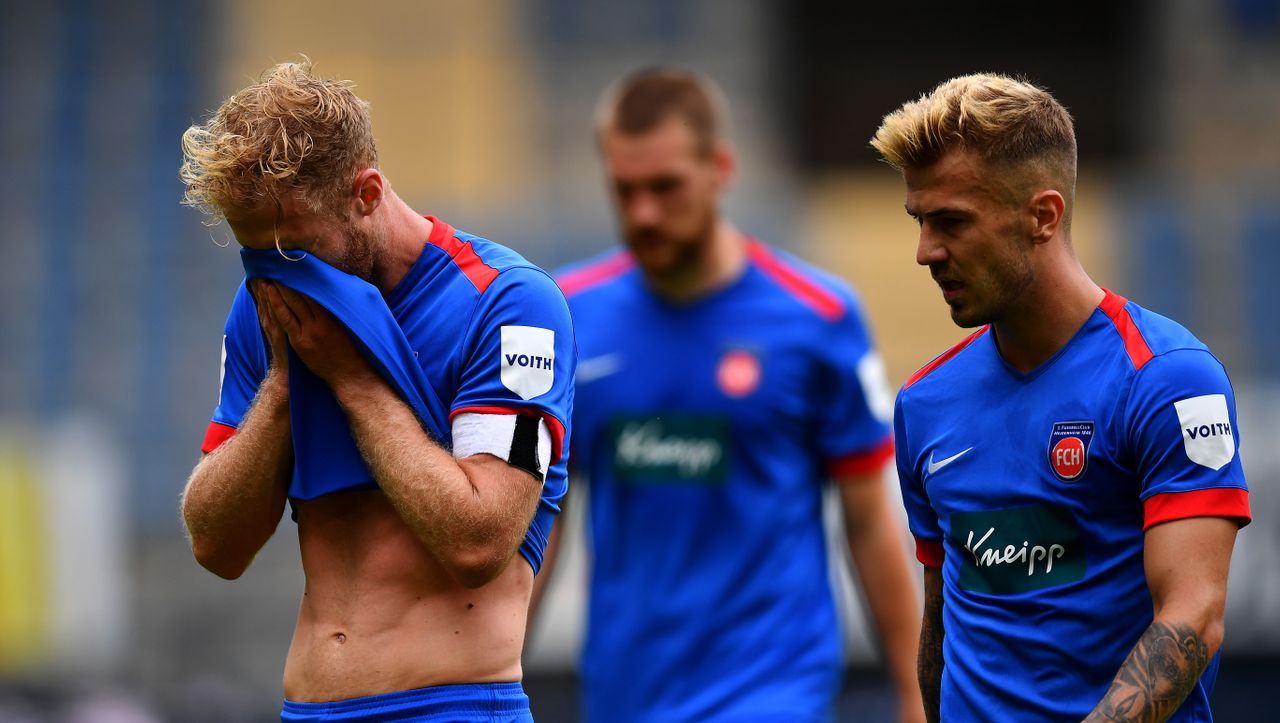 “Who freezes this moment for us?” Asks Andreas Bourani in the song “Auf uns”, which has become an integral part of football celebrations like “We are the Champions”, which also boomed from the speakers on the Bielefelder Alm. The Arminia celebrated promotion to the Bundesliga and received the bowl for the champion of the 2nd Bundesliga. Although the title had been pocketed almost two weeks ago, the Bielefeld team still performed flawlessly on the last day of the game.

They celebrated this extensively in the stadium, there was also a lot going on outside the gates. The fans of the Arminia gathered, the police generously overlooked the lack of clearance. The car parade, which started from the city center on the way to the mountain pasture, went without any complaints. The street was even lined by two fans of 1. FC Heidenheim, who had fun with their jerseys and flags and were cheered cheerfully by the Bielefeld team.

Their team had lost 0-3 at Arminia and was “without a chance”, as coach Frank Schmidt admitted, but it was still important to freeze the moment. Holger Sanwald, the long-time boss of the Ostalb club, raised both thumbs up and was photographed with a big smile by three reporters from home. The possibility that Sanwald’s club will play in the Bundesliga for the first time in the coming season despite the sobering defeat is still there thanks to the simultaneous defeat of Hamburger SV.

“I see the chance at 50:50. It will be two completely different games,” said Bielefeld coach Uwe Neuhaus, referring to the Heidenheim relegation against Werder Bremen. Anyone who has seen Schmidt’s team in Bielefeld on Sunday and the Bremen team against 1. FC Cologne the day before will, in contrast to Uwe Neuhaus, give the second division side a five percent chance. But Frank Schmidt also said: “Now neither the 0: 3 today nor the 6: 1 yesterday counts. Let us be surprised.”

The coach, who has worked for Heidenheim since 2007, made his own calculation: “We didn’t perform five or six times, but ultimately often enough to collect 55 points.” He therefore had no problems at all in classifying the third place in the table as “earned”.

Apart from Sanwald and Schmidt, there is a third institution in Heidenheim. Her name is Marc Schnatterer, she is 34 years old and has been playing for the club since 2008, which was still fourth class at the time.

Schnatterer, who had come on for the second half, apologized slightly for the weak performance in Bielefeld, but also said: “If you beat HSV twice, you are right in front of them, then you are rightly playing in the relegation. ” A week earlier, Heidenheim had won 2-1 against Hamburg with a goal deep in injury time. That triggered a wave of euphoria, on which Schnatterer now believes the Bremer.

“Will prepare us perfectly”

For the two games in the relegation, first in Bremen on Thursday, then the return leg on the following Monday (8.30 p.m., live ticker SPIEGEL.de; stream: DAZN), he fears no effects: “Now we are still a little sad, but if we are in bed tonight or wake up tomorrow, we are happy that we are there and we will prepare ourselves really professionally and perfectly. “

The two biggest games in the club ‘s history are coming up, and even before Schnatterer got to bed he began to dream a little: “You have to let it melt in your mouth: We from Heidenheim with 50,000 inhabitants play for a place in the top league, and then against a team from Werder Bremen who actually won everything. ” Only she has never been in the relegation.