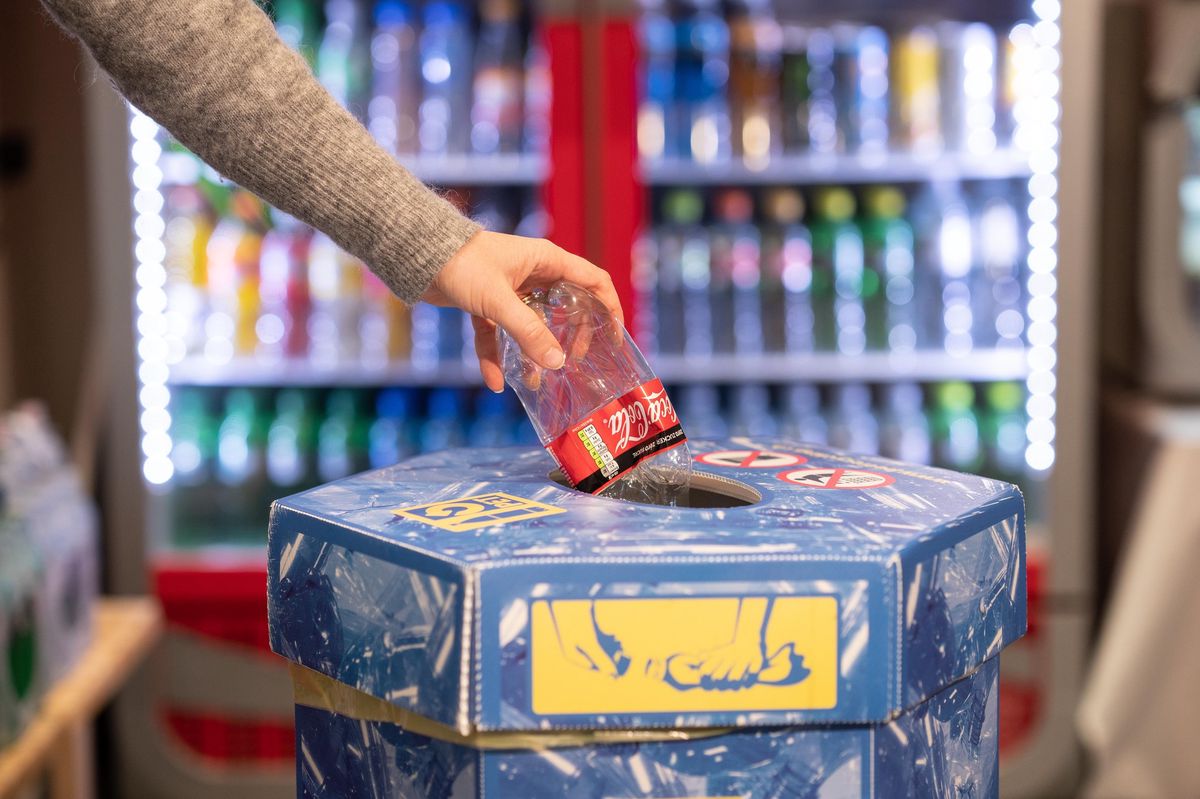 Coca-Cola Switzerland has converted the Dietlikon factory to recyclable PET. With this, the company wants to save 3,300 tons of new PET per year.

From Tuesday, all Cola bottles will only be made from 100 percent recycled PET. So far, the recycling percentage of the bottles was only 58 percent. Coca-Cola Switzerland is also switching to recycled PET for other drinks made in Switzerland, such as Fanta, Sprite or Mezzomix, as the company announced on Thursday.

The bottles of the soft drink giant’s imported beverages are not yet made from fully recycled material, a company spokesman told 20 minutes. This includes the Coca-Cola brand Fuse Tea.

In some other countries there will soon also only be recycling. In Switzerland alone, Coca-Cola says it wants to save around 3,300 tons of new PET every year. Furthermore, the production of bottles from recycled material requires only half as much energy as with new PET and causes up to four times less CO2 emissions.

For this purpose, the beverage producer converted the machines in the factory in Dietlikon. At the same time, he developed a new bottle life cycle from production to reuse (see graphic in photo gallery above).

With the changeover, Cola also has new bottle formats: the 0.5 liter bottle is back and replacing the 450 milliliter version, instead of the 0.75 bottle there is now a 0.9 liter bottle. The Coca-Cola spokesman explains that new market research was the reason for the switch. “The 0.9-liter format, for example, is an ideal size for one- and two-person households,” says the spokesman.

Whether the bottles are now more expensive is not clear. Coca-Cola cannot comment for competition reasons, the spokesman says. However, he points out that many manufacturers are currently struggling with rising production costs, in the case of Coca-Cola it is the prices for sugar, aluminum or, for example, transport and energy costs.

Lidl Switzerland also wants to focus more on recycled plastic. The 1.5-liter water bottles from the Saguaro private label made from 100 percent recycled plastic are new, as the discounter announced on Thursday. This saves Lidl Switzerland around 157 tons of new plastic per year. Lidl has been fully committed to recycling for the Saskia brand water bottles since 2019.