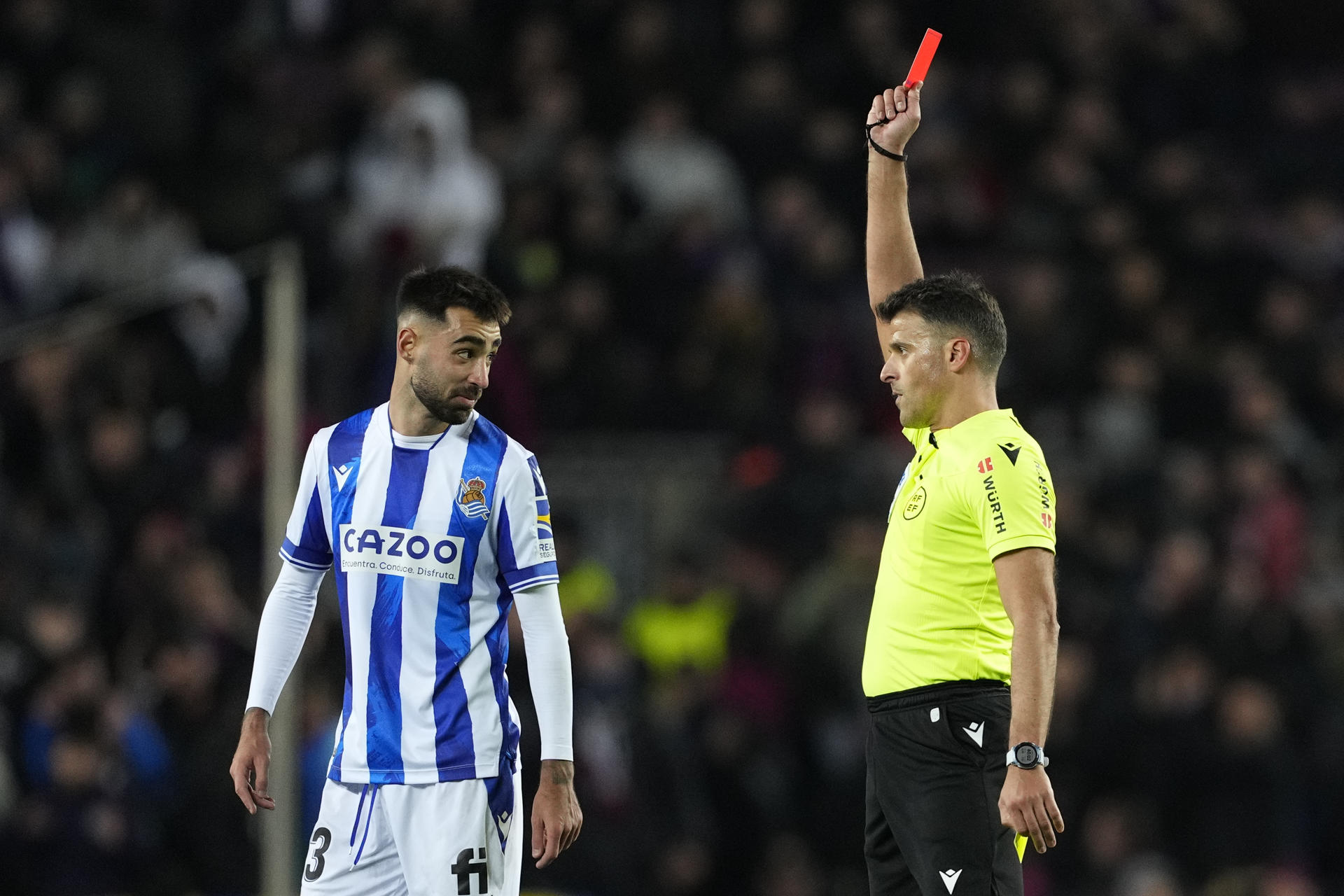 0-0. Barcelona draw against a Real with Brais Méndez expelled

Barcelona, ​​Jan 25 (EFE) after the expulsion of Brais Méndez for a tackle on Sergio Busquets, which the referee considered a red card after consulting the VAR.

Barcelona’s best scoring chances came from the feet of Ousmane Dembélé. In the 17th minute, an individual drive from the Frenchman’s midfield ended with a shot slightly wide from the edge of the box. And, Dembélé himself, in the 20th minute he made an inside pass to Frenkie de Jong, who did not know how to give the goal direction to the ball.

For its part, Real was able to get ahead on the scoreboard through Take Kubo. The winger’s kick crashed into the crossbar after lightly brushing Ronald Araujo.