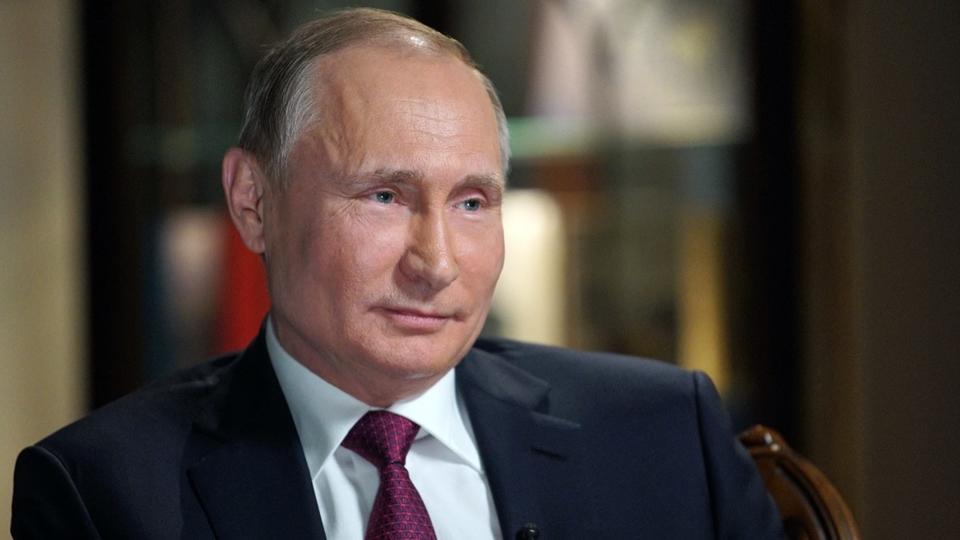 On the 23rd day of Russia’s invasion of Ukraine, a series of explosions were heard in Lviv, in the west of the country. On Thursday, Washington accused Moscow of “war crimes”. US and Chinese Presidents Joe Biden and Xi Jinping are due to talk today. Follow the latest information live.

Belgium has decided to postpone its nuclear phase-out scheduled for 2025 for ten years, worried about soaring energy prices due to the Russian invasion of Ukraine. “The Federal Government has decided to take the necessary measures to extend the life of the two most recent nuclear reactors by ten years,” Prime Minister Alexandre De Croo wrote on Twitter.

The federal government has decided to take the necessary measures to extend the life of the two most recent nuclear reactors by ten years.

At the same time, we are accelerating the transition to renewables, the best path to our energy independence.

Sergei Bubka, pole vaulting legend and current president of the Ukrainian Olympic Committee, is worried about the safety of athletes from his country invaded by the Russian army. “I spend every second of my days coordinating efforts to locate athletes, their coaches and their families and figuring out how best to help them,” he said in an interview published by the International Olympic Committee ( IOC).

“Hundreds” of people were still under the rubble of a theater bombarded by Russian forces in Mariupol, southeastern Ukraine, on Friday, according to the Ukrainian president, and Russian missiles hit the outskirts of Lviv, large western city so far spared.

Ukrainian refugees who have fled their country under attack by Russian forces in recent days are more traumatized than those who managed to leave during the first phase of the war, according to observations by the United Nations High Commissioner for Refugees.

Russia has accused the Council of Europe, which officially excluded it on Wednesday, of being a “Russophobic” instrument at the service of Westerners, claiming to reject “tutorship from Brussels” in matters of human rights.

US President Joe Biden “outlined the implications and consequences of China providing material support to Russia as it carries out a brutal attack on Ukrainian cities and civilians” in a video interview with his Chinese counterpart Xi Jinping, he said. let the White House know.

Emmanuel Macron expressed to Vladimir Putin his “extreme concern” about the situation in Mariupol, a city in southeastern Ukraine bombarded by the Russian army, and called for “the lifting of the siege and humanitarian access”, has indicated the Elysée.

During a new telephone conversation between the French and Russian presidents which lasted 1h10, Emmanuel Macron “again demanded the immediate respect of a ceasefire” in Ukraine, said the presidency.

Russian President Vladimir Putin accused Ukraine, in a phone call with his French counterpart Emmanuel Macron, of “numerous war crimes”, assuring that the forces led by Moscow were doing “everything possible” not to target the civilians. During this call, “attention was drawn to the numerous war crimes committed daily by the security forces and Ukrainian nationalists,” the Kremlin said in a statement.

The bombardment on Wednesday of a Mariupol theater by Russian troops, according to kyiv, caused at least one serious injury, but no deaths, the city council said on Friday in its first report on this tragedy. “According to preliminary information, there are no fatalities. But there is information about a very seriously injured person,” the city council of this city in southeastern Ukraine said on Telegram.

A conflict “is not in anyone’s interest,” Chinese President Xi Jinping told his US counterpart Joe Biden on Friday, according to remarks reported by Chinese television.

During this telephone conversation, the American president was to call on Mr. Xi to distance himself from Russian President Vladimir Putin.

Greek Prime Minister Kyriakos Mitsotakis said on Friday he was ready to rebuild the maternity hospital in Mariupol, a besieged city in southern Ukraine, which was bombed a few days ago.

“Greece is ready to rebuild the maternity ward of Mariupol, the center of the Greek minority in Ukraine, a city dear to our hearts and which has become the symbol of the barbarism of war,” the Prime Minister wrote on Twitter.

Vladimir Putin suddenly disappeared from the screens on Friday in the middle of a speech during a major concert in Moscow celebrating the annexation of Ukrainian Crimea in 2014. The Russian president was praising the heroism of Russian soldiers engaged in Ukraine, in front of dozens thousands of people in a stadium, when suddenly the Russian public television channel Rossiya-24 started showing other moments of the same event, official speeches and popular songs.

130 people were saved and “hundreds” of others are still under the rubble of the Mariupol theater, Volodymyr Zelensky said.

Volodymyr Zelensky will address French MPs via video on Wednesday.

Lithuania, Latvia and Estonia announced on Friday the expulsion of a total of ten Russian diplomats, in the context of Russian aggression in Ukraine.

“Latvia expels three employees of the Russian Embassy due to activities contrary to their diplomatic status and in view of the ongoing Russian aggression in Ukraine,” Latvian Foreign Minister Edgars Rinkevics announced on Twitter, adding that the decision was coordinated with Lithuania and Estonia. The foreign ministries of these countries announced the expulsion of four and three Russian diplomats, respectively.

The CAS refuses to suspend the exclusion of Russian football by Fifa.

The number of people arriving from Ukraine to Poland to flee the Russian invasion exceeded two million as of 08:00 GMT on Friday, Polish border guards said. Comparing this figure with the count of the total number of Ukrainian refugees published by the UN, we find that two out of three entered Poland. Many of them, however, are looking to continue their journey to Western Europe or Canada.

“Today, March 18, at 9 a.m. (0800 GMT), the number of refugees from Ukraine exceeded two million. They are mostly women with children. Border guard officials are the first Poles to help them after they have crossed the border,” according to a brief statement on their Twitter account. The total number of refugees fleeing the Russian invasion in Ukraine exceeded 3.1 million people on Thursday, according to a tally by the High Commissioner for Refugees (UNHCR), a UN agency, released Thursday.

Despite the green light given by Fifa, the German Football Federation (DFB) has banned its clubs from engaging foreign players from Russia or Ukraine in official matches this season, to “preserve the integrity of the competitions” . The competent authorities of the Federation, “after careful consideration, have decided that these options would not be authorized at this stage in Germany”, indicates the DFB on its website.

German clubs, on the other hand, are authorized to immediately recruit these players, who will be able to participate in training and friendly matches, specifies the Federation.

Fifa has opened until April 7 an exceptional transfer period dedicated to foreign players playing in Russia as well as players playing in Ukraine – foreigners, or Ukrainians authorized to leave the territory. Thursday, the French League authorized the recruitment and commitment in competition of only one of these players per club, but the decision must still be ratified by the executive committee of the French Football Federation (FFF).

The Russian president on Friday accused Ukraine of “dragging” the talks on the conflict and considered that kyiv had “unrealistic” demands, during a telephone interview with the German chancellor. “It has been noted that the kyiv regime is trying by all means to drag out the negotiation process, putting forward new unrealistic proposals,” the Kremlin said in a statement summarizing Vladimir Putin’s remarks to Olaf Scholz.

Russian state broadcaster RT’s UK broadcast license was withdrawn on Friday, UK media regulator Ofcom said in a statement. “Ofcom today withdrew RT’s license to broadcast in the UK,” the regulator said, saying it was no longer “suitable or appropriate” to broadcast the channel in the country following the Russian invasion of Ukraine.

The Russian military and its separatist allies are now fighting in downtown Mariupol, a beleaguered strategic Ukrainian port in the southeast of the country, the Russian Defense Ministry said on Friday.

“In Mariupol, the units of the People’s Republic (self-proclaimed, editor’s note) of Donetsk, with the support of the Russian armed forces, tighten their grip of encirclement and fight the nationalists in the center of the city”, indicated the spokesperson of the ministry, Igor Konashenkov.

He also said that Russian forces and separatists in Lugansk now controlled 90% of the territory of the eponymous Ukrainian region. Shortly before the February 24 offensive, Moscow had recognized the independence of the separatist territories of Lugansk and Donetsk.

The surroundings of Lviv airport in western Ukraine were hit by Russian “missiles” on Friday morning, according to the city’s mayor, as US President Joe Biden prepared to address a warning his Chinese counterpart Xi Jinping against any temptation to support Moscow.

“Missiles hit the Lviv airport district,” wrote Andriy Sadovy, the mayor of this large city near the Polish border, on his Facebook account, assuring that the strike did not directly hit airport facilities. .

An AFP reporter saw a plume of smoke billowing into the air above the area, along with police vehicles and ambulances racing in that direction.

In the event of an armed conflict between NATO and Russia, Russian missiles risk falling first on the American anti-missile shield in northern Poland, worry the inhabitants of the region, alarmed by the conflict in Ukraine.

“If a serious armed conflict breaks out, the first strike will be aimed at our shield. If tactical nuclear charges are used, since the shield is only a few kilometers away from the city center, one can imagine what will happen to us,” says Ryszard Kwiatkowski, former deputy mayor of the city of Slupsk, which has some 90,000 inhabitants.

Washington maintains that the facility in the nearby village of Redzikowo, which is to become operational this year, is to defend the West against ballistic missiles fired by countries such as Iran.

But Russian President Vladimir Putin doesn’t believe it and sees the shield, like other military installations in the region, as a threat to Russia. This led him to demand the withdrawal of NATO from the countries of Eastern Europe, former satellites of the USSR.