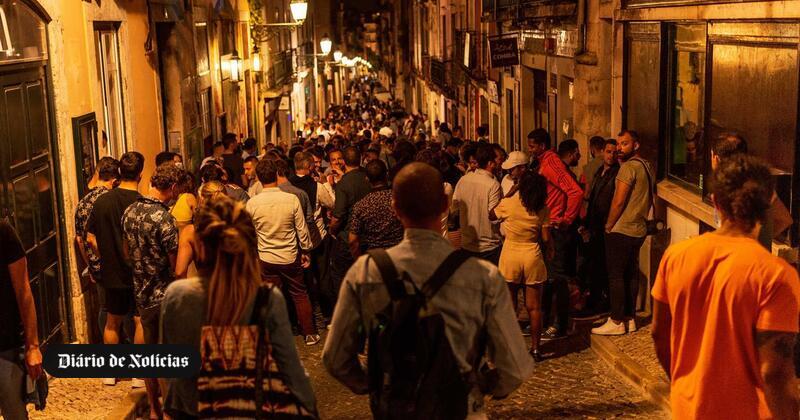 The country has returned to the days when the number of new covid-19 cases exceeds the thousand. Yesterday, according to the daily bulletin of the Directorate-General for Health (DGS), there were 1233 cases and two deaths. Of the total number of cases, 804 occurred in the region of Lisbon and Vale do Tejo (LVT), where hospital admissions have been increasing for two weeks now, representing 60% of the country’s total. According to DGS, yesterday there were also 364 people hospitalized, 15 more than the day before, of which 88 in intensive care, five more than in the last 24 hours.

The issue, underlined to DN Manuel Carmo Gomes, the epidemiologist who coordinates the team at the Faculty of Sciences of the University of Lisbon, which has been modeling the disease since the beginning of the pandemic, “is that the Indian variant is already prevalent in this region, with a very large area, and it’s much more contagious than the previous one, the UK, and we’re in danger of having thousands of cases a day again.”

The specialist admitted that he does not know at the moment “what is the importance of the Delta variant in the rest of the country, but if it is already dominant in Lisbon and Vale do Tejo, at least that was the information given to us, taking into account the results of the laboratories, it will increase also in the rest of the country”, adding: “I hope I’m wrong, I know I already have the label of pessimist, but I don’t believe that the situation can be stopped with only fences for circulation in this area”.

The mathematician spoke to DN after the measures defined by the Council of Ministers at the meeting this Thursday were known, namely the ban on entering and leaving the Metropolitan Area of ​​Lisbon (AML) from 3pm on Friday until 5am on Monday, being allowed, however, the circulation of those who are already inside the AML between all municipalities.

A measure that earned the specialist the following comment: “I don’t know how this measure will stop the situation”, reinforcing: “I sincerely hope I’m wrong, but I think that now it will only be possible to stop the infection with a stricter confinement”.

Manuel Carmo Gomes also explained to DN that the exponential growth we are now witnessing in the LVT region was expected, “just look at the numbers in the region. Lisbon was growing, slowly at first, but for five consecutive weeks, and when will that happens, we already know what’s coming next: an exponential increase in cases. We’ve been watching this for over a year and I don’t understand how there are still people who don’t understand what should be done”, he maintained, stressing: “Look, o The country has shown that it can control the pandemic with a high level of testing and as long as the number of new cases is not very high, I would say up to 500 cases. This was what happened throughout March, April and mid-May. we are already in a situation where the number of cases has already skyrocketed and it is much more difficult to control only with quick testing and screening”.

Therefore, he argues, “what should have been done was to have taken measures before reaching this stage. Strong measures to avoid this explosive explosion in the number of cases, but, at the time, the number of cases was even lowered. tests to less than 30,000, when we should still be at 40 to 50,000 tests a day.”

At the time, the alert was given to the DN by another member of Manuel Carmo Gomes’ team, Carlos Antunes, when, in mid-May, he called attention to the fact that it was not time to reduce testing, as the capital was already increase in number of cases for two consecutive weeks. Days later, the Government and the testing task force reinforced this rapid screening with actions in various areas of the city, especially frequented by the youngest.

But Manuel Carmo Gomes said: “I’ve been trying to explain what the exponential growth problem is for over a year. We started by seeing cases increase in very low numbers at the beginning and for weeks at a time, but the average number of cases increases and the positive tests too, the R

At Diário de Notícias dozens of journalists work every day to make news, interviews, reports and analyzes that ensure accurate information to readers. And it has been that way for over 150 years, as we are the oldest national newspaper. To continue to do this “service to the reader”, as our founder wrote in 1864, we need your support.