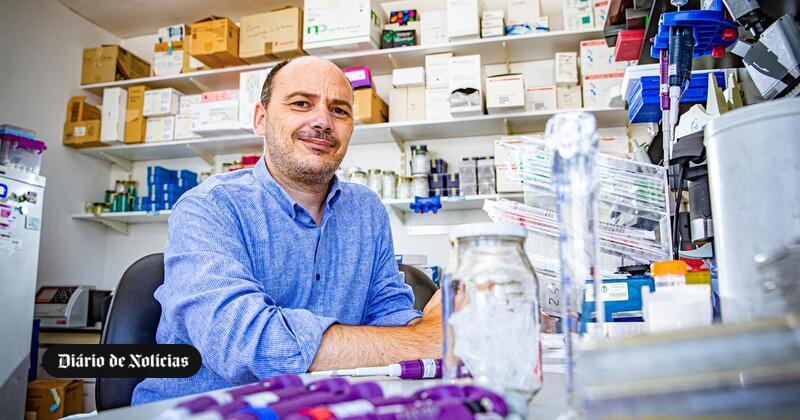 ″Omicron variants have complicated the development of 2nd generation vaccines″

In September 2021, and almost nine months after the start of the vaccination process against covid-19, at least in Europe, a new hope appeared: the 2nd generation vaccines, which were already in phase III trials, the last phase, to then be presented to the international drug authorities. At the end of the year, and as was reported at the time, the European Medicines Agency (EMA) already had three vaccines under consideration, but the appearance of a new variant in South Africa, more transmissible than Delta, came ” complicate” ongoing studies. The goal of obtaining vaccines against the transmission of covid-19 now seems to be further away, as well as that of herd immunity. In an interview with DN, the immunologist, researcher at the Institute of Molecular Medicine (iMM) João Lobo Antunes and one of the specialists who integrates the Technical Commission on Vaccination against Covid-19 of the DGS, Luís Graça, assumes that the important thing now is to follow the strategy of primary vaccination and boosters, to avoid serious consequences, such as hospitalizations and deaths.

At the end of last year, there was a lot of talk about 2nd generation vaccines against covid-19, anticipating that they could be on the market in the middle of 2022. These were a new hope in the fight against the disease, as they would focus on prevention transmission, but so far nothing more has been known. What happened?

From the moment people started talking about new-generation vaccines until now, something has changed: a new variant has emerged, identified in South Africa in December 2021, with a great capacity for transmissibility, which is Ómicron, and which already has several underscores (BA.1, BA.2, BA.3, BA.4 and BA.5). BA.2 became dominant in a short time, overlapping BA.1, and at this point BA.5 has already overlapped BA.2. BA.4 is also very transferable, but is having an impact in other countries. But all these variants have shown that there is still a continuous evolution of the SARS-CoV-2 virus with a great impact in terms of transmissibility, showing that it is very complicated for vaccines to have a very significant impact on the prevention of infection at this time.

You mean development stopped because of the new variant?

I have to point out that the development of these vaccines has not been stopped. Development continues. This process is just not going as fast as anticipated at the end of 2021. At the moment there are vaccines that are being evaluated by the EMA and, if there are positive results, it is possible that they will be made available in the future. But what was possible to achieve with the initial variants of SARS-CoV-2, such as Alpha, in which vaccines had a very significant impact on preventing transmission and infection, became more difficult with Delta, in which there were a decrease in this effectiveness, and especially with Ómicron. Indeed, the ability of vaccines to prevent transmission and infection in relation to the latter variant is very low. Therefore, at the moment, the main objective of vaccination campaigns worldwide has become, above all, to prevent serious illness and death, and not so much to avoid transmission and infection.

See also  IMSS and ISSSTE pension: On these exact dates you will collect the MAY payment

It says the research hasn’t stopped, but there’s no idea when these 2nd generation vaccines might hit the market?

I cannot anticipate that date. I do not follow the EMA decision process. From what can be known from public information, the agency has already started the process of reviewing some of these vaccines.

In 2021, there was also talk of vaccines adapted to the new variants. Some laboratories even divulged the effectiveness that their products had in relation to Ómicron. Are adapted vaccines still on the table as a weapon against covid-19?

Companies are developing vaccines that are at different stages of investigation. I believe that, at the moment, it is necessary to wait for the results of the studies to be able to understand their impact on the variants that will be in circulation when these vaccines become available. What we’ve been seeing this year is that there are different sublines that spread very quickly and that also very quickly replace the variants that already existed. Some of the vaccines that are under review were not developed specifically for Ómicron, although it is anticipated that they will still be able to have a greater impact on this variant than the vaccines we currently use and that were designed based on the ancestral virus, the virus identified in Wuhan province, China, at the end of 2019. But we have to wait for the results.

“The variants have shown that there is a continuous evolution of the SARS-CoV-2 virus with a great impact in terms of transmissibility, making it difficult for vaccines to have a significant impact on prevention.”

He spoke of the vaccination strategy. The World Health Organization itself defended, in January, the need for a new generation of vaccines to prevent the transmission of the disease, considering that the strategy of repeated boosters has little chance of being viable. But is it already certain that this strategy will have to stay longer?

As I said, the current strategy for the use of vaccines, given the characteristics of the variants in circulation, is to avoid serious illness and deaths. It’s a strategy somewhat similar to the one used in flu vaccines. These also do not have an extraordinarily high effectiveness in preventing the transmission of the disease in the community, but their use, especially in the most vulnerable population groups, due to age or having other diseases, is very effective in the development of serious illness or death. We can anticipate that the current and future vaccination strategy against covid-19 will continue to focus on reducing the impact of the infection on serious illness and death.

The most important thing is to make people aware that the new variants have changed the way our population should be protected through vaccines. And for now, one of the important aspects is to do the recommended boosters to achieve high protection against serious illness in the elderly and non-elderly adult population. Although there have been a large number of infections in recent months, there has not been a very significant increase in hospitalizations and deaths, but there is still serious illness that could be avoided. That’s why I call attention to those who are in adulthood and have not yet taken the booster dose to do so. It is important to complete this step, as booster doses turn out to be an effective way to avoid the serious consequences of the disease. Adults, even if they are not elderly, should know that, despite having a reduced risk of developing severe forms of the disease, there are other people around them, in these age groups, who can develop complications that are preventable with reinforcement.

Is the goal of obtaining a vaccine that would prevent transmission soon further away?

The ability to prevent transmission depends on two important variables: the effectiveness of vaccines, their ability to prevent infection; and the transmissibility of the virus. During these two years of pandemic, we have been witnessing a progressive increase in the R0 (viral reproduction) of SARS-CoV-2, which represents its transmissibility. At the beginning of the pandemic, the virus had an R0 of two to three, so it was said, at the time vaccines appeared, that if we managed to vaccinate 70% to 80% of the population, we would achieve a significant impact on transmission, eventually reaching the herd immunity. However, what has happened since then is that the variants that have emerged, with greater transmissibility, have increased the R0 and made it unrealistic to think that we will be able to have an impact of the same order on the transmission of the disease.

With the variants that exist, it is unrealistic to think that it will be possible to achieve herd immunity.

In other words, won’t the desirable group immunity also be achieved?

In the current context, with the variants that exist, it is unrealistic to think that this will be possible to achieve in the near future.

Even though there are 92.1% of the population residing in Portugal with the primary vaccination schedule and more than 60% with booster doses?

Even with that exceptional coverage. But this high coverage in our country has significant advantages, because even for the population that is not vulnerable, such as young adults, adolescents or even children, we know that vaccination greatly reduces the probability of the emergence of rare cases of serious complications, which is why which scientific studies have been unanimous in suggesting that vaccination is very advantageous for all population groups. In relation to the most vulnerable population, when there is a greater risk, it is necessary to have greater protection at critical moments, such as what is happening now, with the largest number of cases, and which led to the recommendation of a second reinforcement for the range above 80 years.

Little or nothing is known about 2nd generation vaccines. But how are these expected to act at the transmission level? Is it safe to say that they will abolish the administration of existing ones and that they will reduce serious illness and deaths?

This will depend on the results of the studies necessary for these vaccines to be authorized and used. These are the results that will show the extent of the benefit brought by these vaccines and the best way to use them. In particular, whether they will be used only in the most vulnerable population or in certain segments of the population. But it is precisely these results that we are still unaware of.

Many experts said at the end of 2021 that only with 2nd generation vaccines could we breathe a sigh of relief in relation to the pandemic. As an immunologist and vaccine specialist, do you think this is true?

We have been witnessing an evolution in our ability to live with the virus and much of our life has already been normalized throughout this year with the abolition of many of the restrictive measures that existed at the time of these statements. Today, we are already walking on the street without a mask and as it evolves and more vaccines appear, with a significant impact, this normalization will be even greater. But I think that at this point it is already possible to make a life with less restrictions.

There is no shortage of vaccines at this point, but a good part of the world remains without access to them. Will the issue of inequality always be difficult to resolve?

I am a specialist in immunology and I have little knowledge about the capacity to distribute vaccines around the world, but I believe that the issue of inequality in access to vaccines was something that did not go well in this pandemic. And it is important that we learn from this process, so that in future situations access is more equitable.