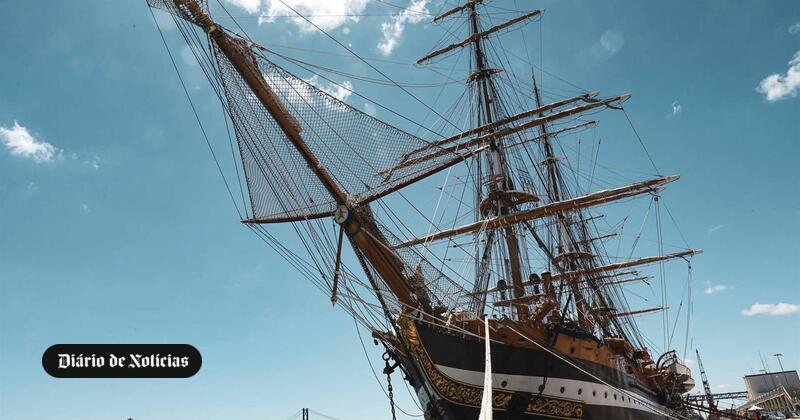 It can be visited this Friday (from 12.00 to 22.00) and Saturday (from 12.00 to 18.00), at the Rocha Conde de Óbidos pier, in Lisbon, the Italian training ship Amerigo Vespucci, whose name honors the great 16th century navigator who was the first to realize that the lands found by Christopher Columbus (also Italian) and Pedro Álvares Cabral were not part of Asia, but a new continent. And that’s why it’s called America.

The sailors on board know well the history of the compatriot who sailed in the service of the crowns of Spain and Portugal and who is known around here as Amerigo Vespucci. With a crew of 264 soldiers, the Amerigo Vespucci it has 400 men and women on board in the summer, as cadets and personnel from the naval academy arrive for training. Built almost a century ago, she is a sailing ship with an engine of admirable aesthetics and the top of her mainmast is 54 meters above the waterline.

When the Italian Navy ship departs from Portugal, leaving at the mouth of the Tagus, it will head to Morocco, with an expected arrival in Casablanca on August 6th. Before docking in Lisbon, which she last visited three years ago, the Amerigo Vespucci made stops in Tunis and Algiers, to later leave the Mediterranean Sea and enter the Atlantic Ocean.

A visit to the ship will also serve to remember the great Italian maritime tradition, especially of the Venetians and Genoese (Italian unity only happened in the second half of the 19th century). Vespucci, curiously, was a Florentine. Portugal had many Italians in its Discoveries in the 15th and 16th centuries and the Portuguese Navy itself was founded in the 14th century, during the reign of D. Dinis, by Manuel Pessanha, a Genoese whose baptismal name must have been Emanuele Passagno.