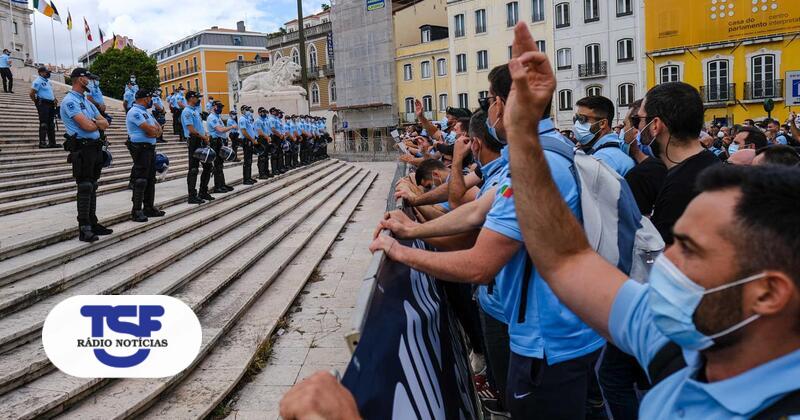 The National Union of Police Officers (SNOP) takes to the streets for the first time this Thursday. At issue is the amount presented by the Government for the PSP and GNR risk subsidy, which varies between 80 and 100 euros.

The union’s vice president considers this proposal to be unworthy and demands that the risk subsidy reach 430 euros. Bruno Pereira says that this is one of the main and oldest demands of security agents and that, for this reason, the national union of police officers will, for the first time, participate in a demonstration that brings together the PSP and GNR unions.

“When we are discussing an issue that has been proclaimed, discussed and claimed for so long, wanting to attribute these values ​​as what is the true representation of risk in the life of a police officer is an affront, it is undignified. It is also because we have realized that, in this moment, the Government wanted once again to treat us as a police that does not have the dignity it deserves, that we decided to support and actively participate in this protest that is democratic, above all,” he explained to TSF Bruno Pereira.

The person in charge representing the majority of PSP officers expects the Government to comply with what was approved in the Assembly of the Republic.

“I really hope that, after everything we’ve been doing in recent weeks, the Government can rethink, review and decide according to what was the idea voted by the parliamentary majority last year. May the value in the end be worthy, according to what is a function of the State that is indisputable, indispensable and fundamental in a rule of law,” added the vice president of the National Union of Police Officers.

SNOP will join, on Thursday, 13 more PSP and GNR unions to claim the value of the risk subsidy. The demonstration will take place at the location of the Council of Ministers and also in front of the Ministry of Internal Administration.